Pet-Borne Diseases in the Home

Pet-Borne Diseases in the Home 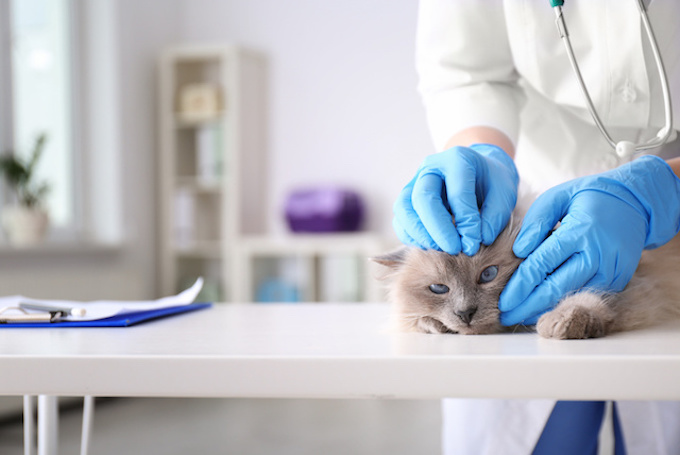 Every year, tens of thousands of Americans contract diseases from their pets.  Combine that with the fact that 85 million U.S. families (or 68% of all households) own at least one pet, and you’ve got a reason to be concerned.  Though they are rare, these pet-borne diseases – known as zoonotic diseases – range from salmonella to the plague, and can be contracted directly or indirectly. Luckily, there are simple measures that homeowners can take to ensure their family's and their pet's health.

Aquarium fish inhabit their own self-contained spaces and, as such, tend to be safe for the household. But Mycobacterium marinum, a bacterium that causes skin infections in people, still manages to invade the home via contaminated aquarium water. Affected fish may have lesions, scale and fin loss, and/or a lack of appetite, though they do not always exhibit symptoms. When purchasing a new fish, pay careful attention to ensure that your prospective pet inhabits clean, clear water, is energetic, is eating properly, and displays the typical coloring for its species.

Mycobacterium marinum is usually spread to humans through exposure to contaminated water via accidental consumption or an open wound, so cover all wounds when handling the aquarium, and thoroughly wash your hands afterward.

Cats are the second most popular pets in the United States. They can be indoor, indoor-outdoor, or stray. Among the most common diseases transmitted by cats is toxoplasmosis, which is caused by a parasite that infiltrates the cat's system through the consumption of contaminated raw meat or infected rodents. It can spread to people through the cat's food or from exposure to the infected cat's feces.

Healthy people who suffer from toxoplasmosis usually only experience flu-like symptoms. However, those with compromised immune systems can endure confusion and even seizures. Pregnant women are at greatest risk, which is why they're discouraged from coming into contact with cat litter boxes. A fetus that contracts the disease during the third trimester may die in utero. Most affected newborns show no symptoms at all but may develop deafness, blindness, and/or mental disorders later in life.

Avoiding the threat of toxoplasmosis is easy, however. You can opt to keep your cat indoors. Regardless of whether you have an indoor or outdoor cat, you should also regularly clean its litter box, ensure that all food (both human and pet) is properly stored, and maintain your home's cleanliness to keep it pest- and rodent-free.

Cat-scratch disease isn’t quite as easily avoided. It’s caused by Bartonella henselae, a bacterium that 40% of all cats will carry at some point in their lifetime, although kittens are the likeliest carriers. Symptoms in people include infection at the site of a scratch or bite, swollen lymph nodes, fever, headache, lack of appetite, and exhaustion.

The best way to avoid cat-scratch disease is by deterring scratching and biting behavior so that an injury doesn’t happen in the first place. If you wind up getting scratched, disinfect the wound and dress it properly, even if it’s small.

Both MRSA (a type of staph) and hookworm (a parasitic nematode) are passed from animals to humans through direct contact. Your cat can carry MRSA without any symptoms. On the other hand, with hookworm, your cat may suffer anemia, weight loss, and perhaps eventual death if left untreated. Prevention in both cases entails sanitary practices (i.e., the use of gloves when handling feces), keeping your cat indoors, scrutinizing your cat for any observable changes to its health, and scheduling regular visits with the veterinarian.

Last but not least is the family dog. Because of its exercise and toilet requirements, it's not practical to keep your dog indoors in an attempt to eliminate the risk of their coming into contact with bacteria or parasites. So, there's no shortage of possible health concerns that must be addressed in order to protect the lives of people and their canine companions.

The best-known threat is rabies, a virus most often passed through bites from infected animals. Symptoms can develop within days or months after the initial exposure. These include fever, nausea, vomiting, difficulty swallowing, excessive salivation, anxiety, confusion, hallucination, and paralysis.

One crucial way to avoid rabies transmission is to supervise your dog when it's outside. Hunting dogs are particularly vulnerable to rabies exposure by both prey and predators. So, be sure to familiarize yourself with the area around your property, and find out if there are any caves or other natural features that may attract a concentration of wildlife.

Salmonella is another threat, and, oddly enough, you are most likely to be exposed to it through your pet’s food. Both raw and dry pet food can become contaminated, so handle it with care, and ensure that small children do not have access to it.

What It All Means

It goes without saying that this is not an exhaustive list. Efficient and diligent sanitary practices are your first and most effective line of defense against pet-borne parasites and bacteria. Regularly observe and maintain the health of your pets. Wash your hands after handling their food, toileting materials, and their toys and equipment. Maintain the cleanliness of your home by sweeping, vacuuming and wiping down surfaces. And supervise your pet when it's outdoors.

As is always the case, the start to a healthy home is an attentive and engaged homeowner — especially when that homeowner has a pet.  And don't forget to contact your InterNACHI®-certified home inspector to get an Annual Home Maintenance Inspection to keep your home safe and in top condition year-round.